As described in An Overview of Item Status, each item in SystemWeaver has its own status, e.g., Work, Frozen, Released, or CS Released. 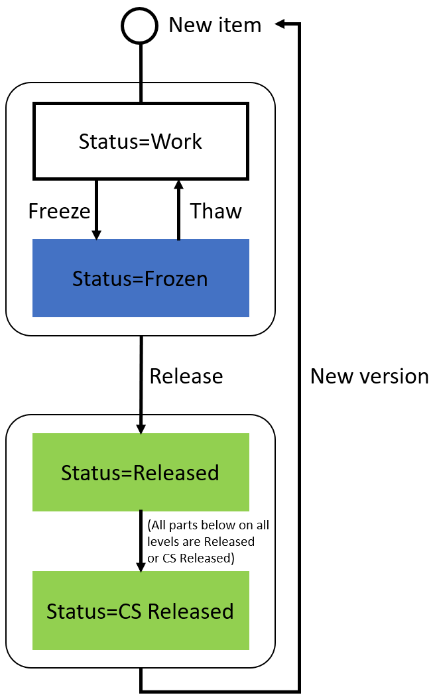 Likewise, each single item has a version #. The versioning of an item is defined by its own version history, which is a sequence of consecutive versions of the item, or, in the case of branched versions, a tree.

The Status of an item determines if a new version can be created.

Depending on the specifics of the structure, and the used meta model and constructs, this might be a problem, or it might not. 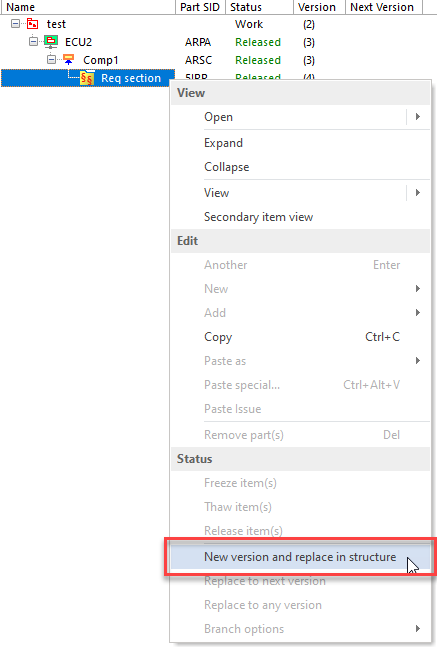 A dialog will indicate the Action for each part's item.  If one or both of the above two criteria are not true for any item in the path, the New version and replace in structure operation will not be performed.

In the below example, the user has write access to all items in the structure above the selected item, and there are no existing newer versions. The replace operation will be performed on each of them as shown below.

If, at any point, an item or sub-structure does not meet the above criteria, the dialog will display this. No action will be performed. In the below example, the user does not have access to "ECU2" and, therefore, cannot take out a new version on it or its sub-structure.

The user can then investigate the case to determine how to proceed. 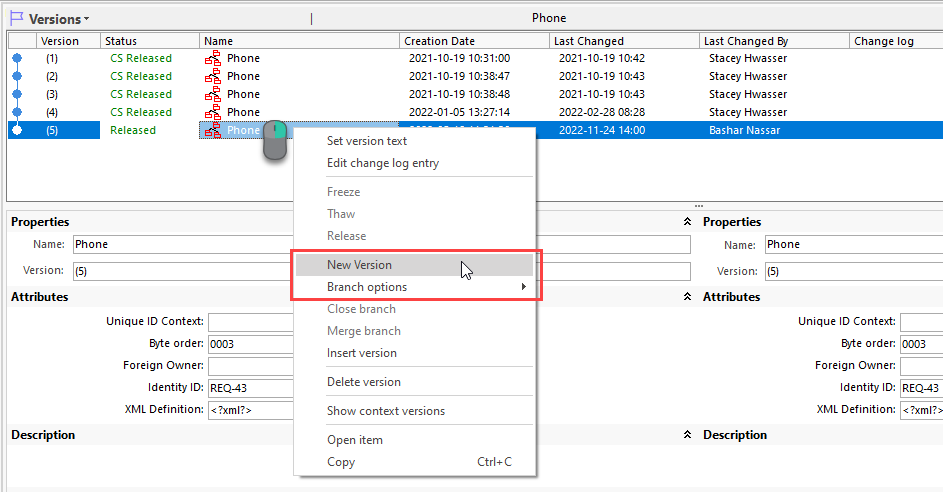 With either option, a new version is created and will display in the Versions view, but unlike the Structure tree and the Status view, the selected item in the structure tree does not automatically get replaced. That update in the tree must be done afterwards via, e.g., the Structure tree using Replace to next version or Replace to any version. 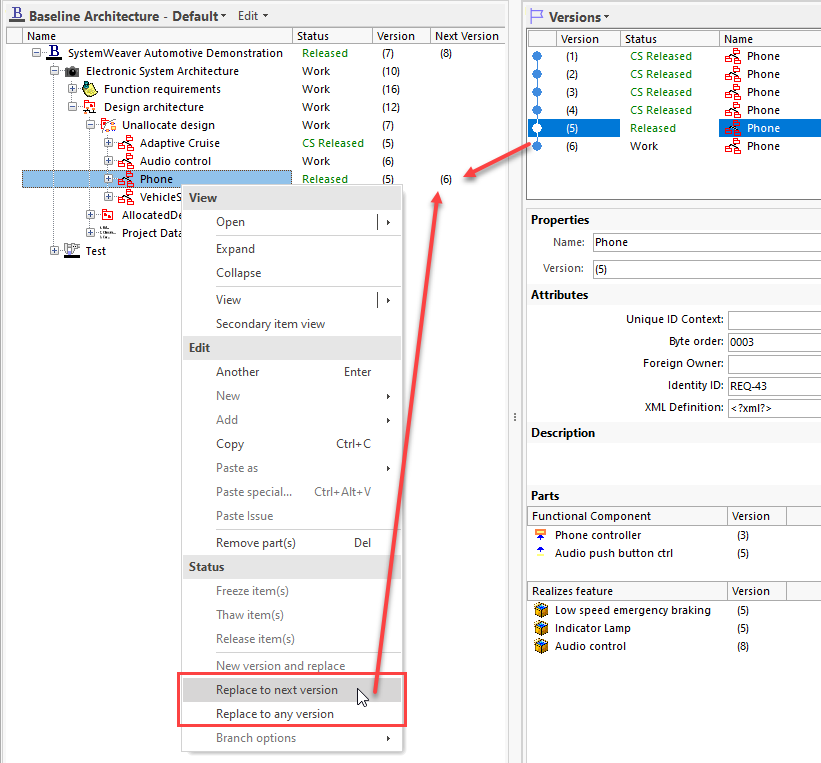 This view displays not only the version of the selected item, but also the versions of all occurrences of it in the structure tree. It offers two alternatives for the new version and replace operation, one of which is useful for when a part is used multiple times within a structure. See Status: Overview of Item Status and Use for more information. 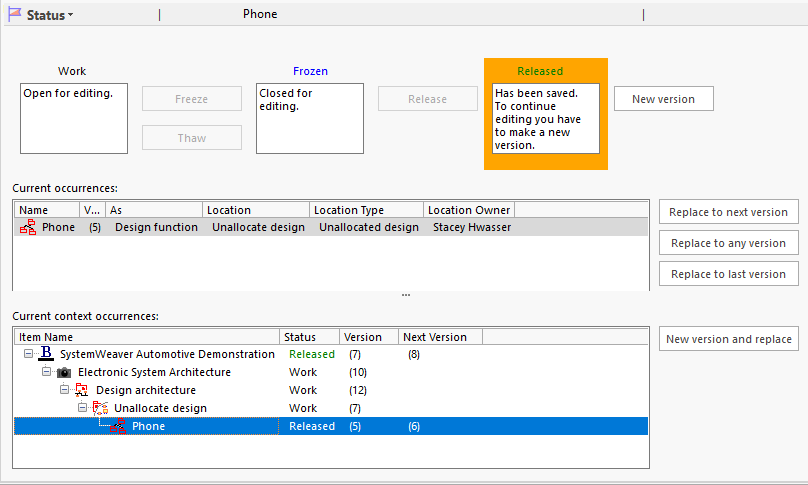