How to Find Multiple Versions in a Structure

Before releasing a structure, it is normally important to make sure that it does not contain multiple versions of the same item. When releasing a complete and/or large structure, Complete Status is the recommended view to use. Select the top-level item in your structure and click Complete Status on the Items ribbon. All items found below the selected item in the structure that are not already "CS Released" will display in the view in the form of a list: 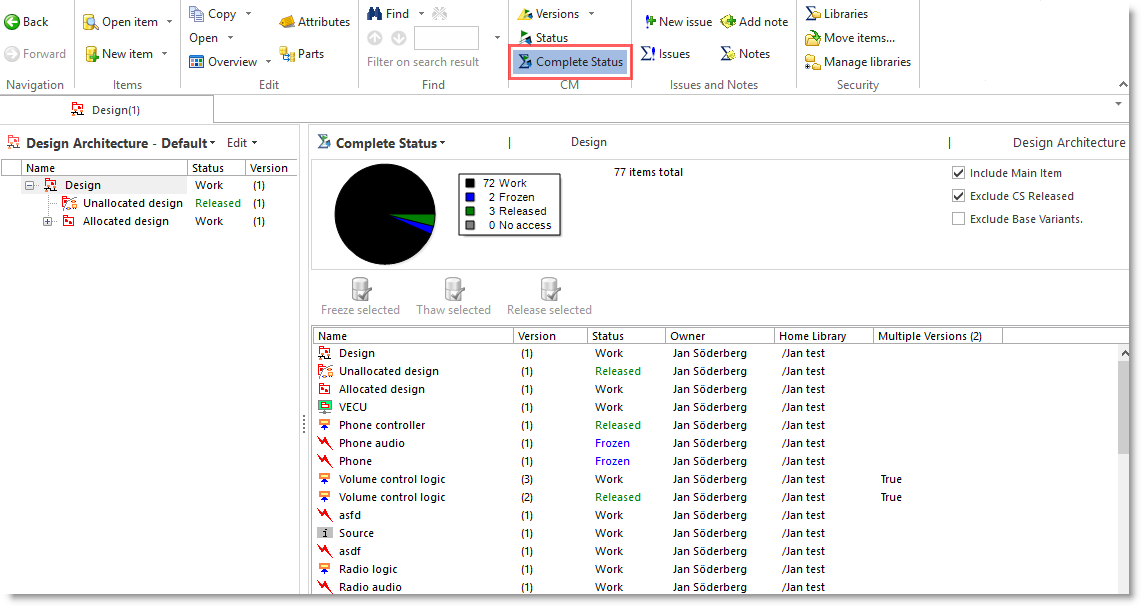 If you prefer to also view "CS Released" items in the structure, uncheck the Exclude CS Released checkbox at the top right. There are also options to Include Main Item (checked by default to avoid that the top item gets released by mistake) and Exclude Base Variants.

Note: Keep in mind that the Complete Status view shows all Items in the selected structure tree independent of your current view setting in the tree.

The Multiple Versions (X) column indicates if there are multiple versions of an item in the list with the number of items found shown in the parenthesis. The items in the list are indicated with the value “True”. In the above example, there are two "Volume control logic" items in the structure that are not "CS Released", one of which is Version 2 and the other is Version 3. The option setting Exclude CS Released affects the number of items found that is indicated in parenthesis. If there are multiple versions in the structure and they are "CS Released", they will not be counted in the Multiple Versions number provided unless you uncheck this option.

All versions of an item or part share a common Ancestor ID (which happens to be the ID of the first version). The Ancestor ID is normally of no interest, but if you wish to confirm a multiple version, or lack thereof, you can add the Field code "AncestorHandle" to your tree view by right-clicking on a column header and selecting Expert>Add field column: 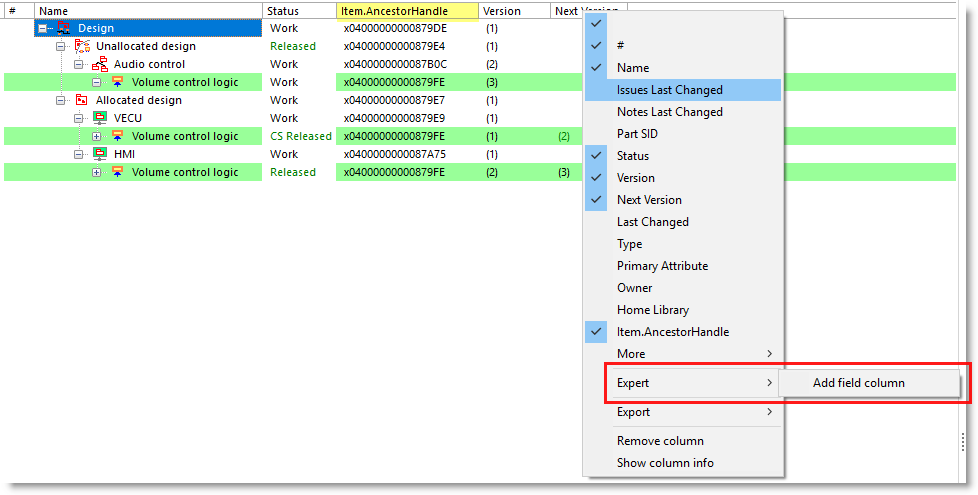 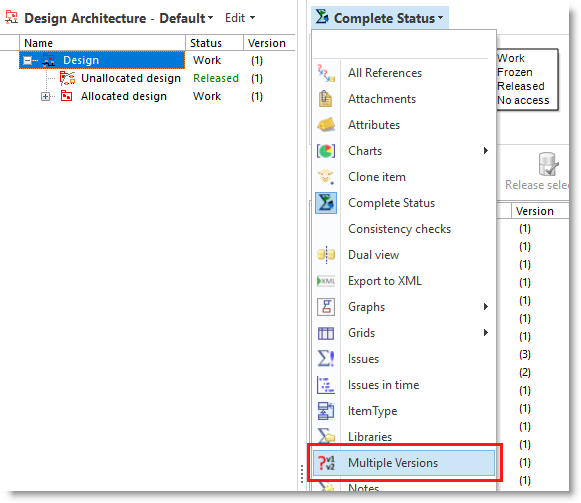 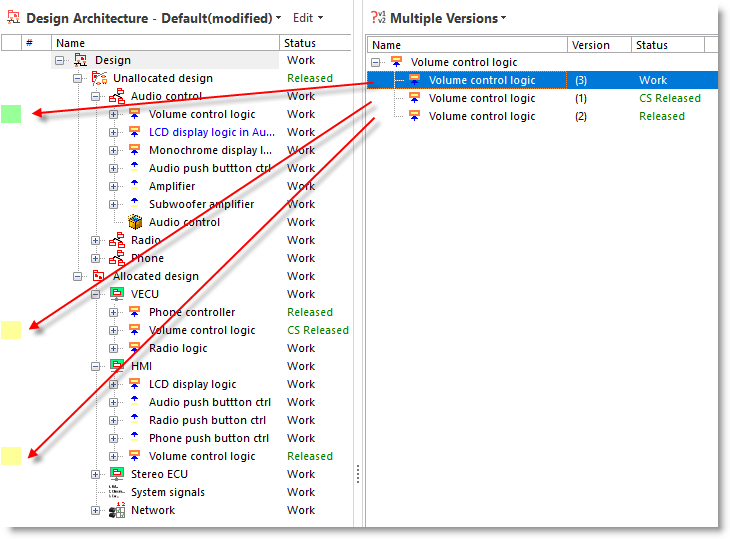 Note: The Multiple Versions view works against the structure tree which means that only parts that are visible in the tree will be included in the analysis. To include more parts, use the View menu to add them to the tree. This menu is described in Get Acquainted With the Explorer Interface under Individual Settings.

Once you have handled multiple versions and are ready to release the structure, return to the Complete Status view. Select all items in the list (Ctrl+A), right-click and select Release Selected (or use the button provided in the view). All of the selected items will receive a status of "Released". If all items in the structure are released, the top-level item will automatically receive a status of "CS Released" which indicates that the complete structure is released and can never be changed. The only way to change it would be to take out a new version.

Learn more about the Complete Status view in the Help. 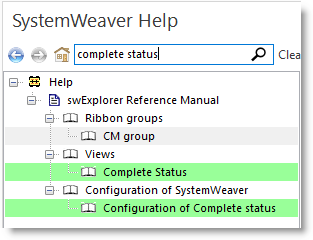